Why this is important:
With just a little dedication, we can easily learn to balance our core expertise of our work that provides fulfillment with new challenging tasks that create growth. Often we don't make time to allow ourselves to think creatively, differently or upset the status quo. We find ourselves stuck in a comfort zone or only in the areas in which we feel confident. We also need to dedicate time and effort to thinking outside-of-the box as it pertains to both basic and challenging tasks. The point of this type of the radical ideas mindset is not to be a constant disruptor, innovator or devil's advocate - but to train our brains to see things differently. In fact, much of the time this mindset won't be actionable, but it will generate excitement and invigorate our creative side, and that of others! We need to also demonstrate astute social awareness, or empathy, while sharing radical ideas. 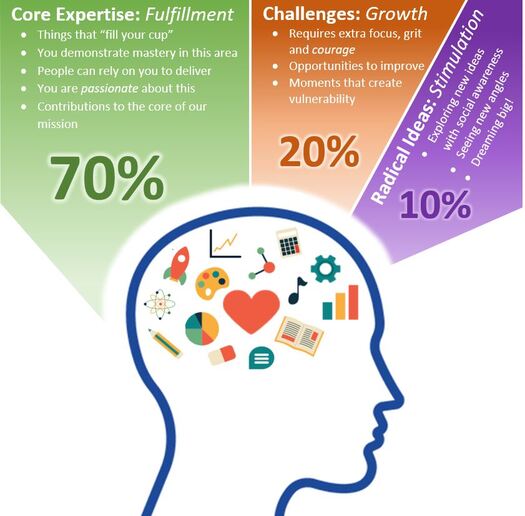 Examples:
​Click on the buttons below for examples in the other areas: